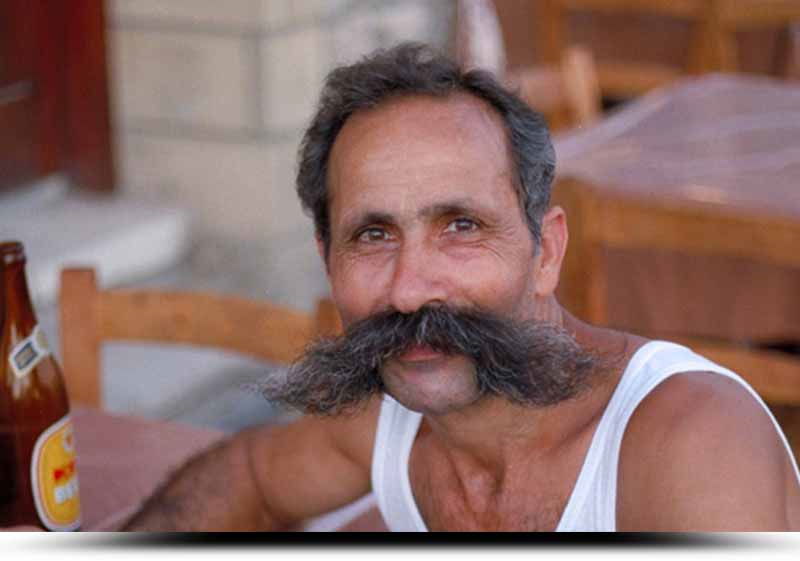 We have just come back from a glorious holiday in Cyprus; an island located in the magical Mediterranean and as legend would have it, the birthplace of Aphrodite, the ancient Greek goddess of love. Coincidently, it is also the country of my parents’ birth. This small island with its rich history, rugged mountains and beautiful beaches is in the grips of severe economic crisis with unemployment at a staggering 17%!

I suppose that it would be easy to assume that everything would be all ‘doom and gloom’. Sure, there is a lot of talk about the economy and everyone seems to have their own solution to the troubles, but amazingly it was impossible to feel anything but positive when spending time with the Cypriots. Why? Because, they have an amazing ability to CONNECT with each other.

They connect with each other in a way that I have not really experienced in Australia.

A Sense of Community

Village’s host regular parties with everyone bringing a plate (See GIANT dips above), provide great local entertainment and traditional dancing. Everyone gladly pays 10 Euro, which is a great way to raise money for improvements to the local school and magnificent way for the community across the generations to be connected. We attended one these parties in the small mountain village of Eptagonia with a population of 300…over 1000 people turned up for the festivities!

When they enter a lift, they don’t stare awkwardly at the red number at the top left hand corner or gaze longingly at their shoes waiting for the answer to the meaning of life…they greet every person in the lift & talk!

Cab drivers are not sitting in their own taxi waiting for their next fare and contemplating how hard life is…. they are all sitting by the curb in a circle talking, debating and laughing.

Shop owners don’t sit in their shop waiting for a customer to arrive, if there aren’t any customers in the shop – they are out of their shops talking to each other.

Cypriots will typically have a morning swim at the beach strike up conversations in the middle of the sea with complete strangers! They will ask which town that person is from & try to find a mutual connection.

Often when I went for a run along the road a car would pull over and the driver would ask me if I wanted a lift!!!!!

They use language that is affectionate and implies a close connection no matter whom it’s directed to, using words like ‘brother’, ‘daughter’ and ‘my love’ when referring to each other.

People have no jobs or have taken significant wage cuts to keep their job, but they are happy because they have someone there that will help them out or someone they can talk to. There is always someone to talk to in Cyprus. People are not isolated in their misery; instead they connect, share their pain and ALWAYS talk about good memories and good times with good humour.

So, even though we were travelling through a country that was suffering enormous financial hardship, I couldn’t help but feel great as I was surrounded by their positive energy.

I have learnt a valuable life lesson from the Cypriots and decided to make an effort to connect with people I don’t know.

On the way back, our flight was delayed by 2 hours in Abu Dhabi. Rather than getting frustrated, I turned to a lady I didn’t know and asked her about herself. Before I knew it, more & more people joined our conversation we compared travel stories right there in the departure lounge. I met interesting people and those 2 hours flew by before I knew it

Let’s stop passing by each other & stop for a chat. Open up the possibilities of CONNECTING, SHARING & LOVING.

We are not supposed to do it by ourselves. I have never achieved anything by myself. I have ALWAYS enlisted the help of others.

DON’T DO IT ALONE: we are a community.